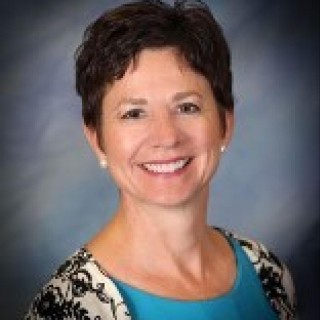 Gari Melchers’ Portrait of Theodore Roosevelt is a favorite among our guests. Roosevelt is the most notable public figure Melchers painted during his career, and this picture thus cemented his reputation as one of America’s premier portrait painters. It was commissioned by the Detroit industrialist and art collector Charles Lang Freer and was painted at the White House during ten consecutive days in early 1908 towards the end of Roosevelt’s  presidency.  The artist charged Freer $2,500 for the portrait, roughly equivalent to $64,000 today.

This job was understandably taken quite seriously by Melchers.  In fact, he wrote an account of his first day at the White House to his wife and confidant, Corinne, while staying at The New Willard Hotel in Washington, D.C., on February 29, 1908.

I don’t know whether they will deliver any mail at the hospital tomorrow Sunday.  Well, so far everything is going well  – but of course it is only the beginning.

The portrait is being painted in the small dining room.  The President gave me the first sitting this morning at 9 o-clock and stood on the model stand without coming down until 10:15 and I made a sketch just giving the positions – the usual size – This afternoon I was again at The White House with my large canvas and got started.

The President came in and said he was glad to see the big canvas, for the the family liked the pose and feared that it was only to be a small picture.  Everybody seems very much interested – and if only I make a promising start – perhaps everything will go well.

Tomorrow we begin at 10 o’clock – the President will give me three hours.  Mr. Freer leaves this evening and just how long I am to remain is of course uncertain – but it looks as tho I might be given more consecutive sittings.

I got your letter this morning – and am glad you are getting on well.  Of course this painting the President is rather anxious business and it is of the utmost importance that I operate quickly and do it well.  I will write again tomorrow.

The Smithsonian’s Freer Gallery of Art owns the life-size painting and while it is not currently on display in D.C., we have a smaller-scale print hanging in our gallery. The President himself said he was “pleased as punch” with the portrait.  Roosevelt wrote to Melchers on March 15, 1908, “I am delighted with the picture and am especially pleased that it should be done by an American artist.”

Library of Congress black and white photograph of the finished painting

Several portraits of Roosevelt were completed while he was in office, including the official White House portrait by John Singer Sargent.

Roosevelt near the end of his presidency Adrian Lamb (1901-1988) after the 1908 oil by Philip Alexius de Laszlo Oil on canvas, 1967 National Portrait Gallery, Smithsonian Institution, Washington, D.C. Gift of the Theodore Roosevelt Association

It is not surprising that Gari Melchers wrote in his diary everyday during the two weeks he spent at the White House painting President Roosevelt. What is surprising, however, is that his diary, except for the presidential portrait entries, is completely blank. Clearly Melchers understood the importance of the job at hand and wanted to document each day’s events as best he could.

As noted by University of Mary Washington Professor of Art History Joseph G. Dreiss in Gari Melchers: His Works in the Belmont Collection,  Melchers’ diary is the only surviving detailed account of the artist’s portrait painting methods.

Dreiss explains:  “After working out the pose in a small oil sketch… Melchers roughed in the entire figure on larger canvas.  During the next four sittings he focused exclusively on the face and head.  On day eight, Melchers temporarily ‘abandoned the head … to go to the rest of the picture and worked on the waiscoat and coat,’ only to return to the face and head on the following day.  Faces are, indeed, the most detailed part of the image in this and other portraits by Melchers.”

As you can see in the diary image above, Gari Melchers’ handwriting is rather difficult to decipher, so we have transcribed his diary entries so you can understand how the artist felt — painting a president.

Friday, Feb. 28, 1908
After spending the morning with Freer at the Corcoran Gallery – and taking a drive, we dressed and were at the White House for lunch @ 1.30 – There were 14 at the table – I sat next to the President and Sec. Taft was on my other side – Mrs Taft sat at the Presidents right- The other guests were John Burroughs, Gilette Burrgess, Gov Montagu- The President said he would take me up – stairs after lunch and show me his clothes – as it had been decided that I would paint him in riding habit- He was very nice about everything and put on his riding clothes – and we discussed the question of black or yellow boots- cravatte and waistcoat color – until everything was decided – and he arranged with me to come for work at nine Saturday morning – Mrs Roosevelt was present – as was also Mrs Longworth while we decided about the costume.

Saturday, Feb. 29, 1908
At nine oclock I had my first sitting – and devoted it to making a study of the pose on a small canvas – Mr Freer was present part of the time – The President had asked him in to discuss some matter about a Japanese exposition- Later Mr Loeb- the presidents Secretary came in to talk over official matter[s] with the President. We only worked on that [error] the study that day – The President said he would give me a long sitting of three hours tomorrow – and a short sitting every day during the week – and again a long three hour sitting the following Sunday – The President never asks for a rest – and stands an hour or two without losing his place. In the afternoon I sent the large canvas to the White House –

Sunday, March 1, 1908
Began the large picture today- and after very few minutes took the palette and during the days work – got the whole figure suggested on the canvas – The President is remarkable, full of strength and vigor, kind and considerate – and talks remarkably well on all subjects – We were alone mostly the entire morning – After church Mrs Roosevelt came in and everybody seemed delighted with all that I had to show for so few hours work – Quentin the youngest son came in with his mother and he showed more interest in my color box and brushes than in anything else in the room. He gets my empty tubes which he uses to make butterflies on paper.

Monday, March 2, 1908
worked on the head today – but got my beginning too heavy – Mrs Roosevelt came in and entertained the President until later Mr Loeb came in to take her place – In the evening I went to the Cosmos club – where I met Millet – Parsons of the Print department – Mr. Putnam the Librarian of Congress.

Tuesday, March 3, 1908
The President seemed concerned about the head – and justly said that I was making his face too round – that he thought he had more energy in the face than I was showing – “that man is not the President who sent the fleet around the world” Before the sitting was over the head began to take form – The usual visits during our sitting. At one I lunched at the Round Table of the Library – Mr Pritchard was there – Dr Hale – and the usual head and staff of the Library. In the afternoon I visited the Print room with Mr Parsons- who is at the head of this department – Then he and I went to Georgetown to see Millet at work on his decorations for the Baltimore Custom House.

Wednesday, March 4, 1908
Devoted the sitting to the head – which seems to have improved. The President said e knew that it would be a fine picture – “and he would see this thing through-“ and help me all he possibly could. In the afternoon I went to Baltimore – and sat with Corinne for several hours at the hospital – Got back here in time for dinner –

Thursday, March 5, 1908
Mrs. Roosevelt and her sister came in early – before the President arrived. And in conversation I expressed my anxiety about getting it done by Sunday – She said she thought perhaps the President would give me a little more time- When the President came in – he said- “I’ve just been scolded by Mrs Roosevelt for making you feel hurried and she is quite right- This is really important and you must not hurry for I will give you two extra sittings – I – was very happy to hear this – and attacked the head again – In the evening I dined with Creelman and Loomis at The Tea cup inn – and got home a little late – which was a mistake-

Friday, March 6, 1908
I abandoned the head today – to go on with the rest of the picture – and worked on the waistcoat and coat – Frank Millet came in and the President seemed glad to hear him congratulate us both upon our departure from the regulation frock coat – and his praise of the picture – The President laughed and said – Really I am pleased as Punch over this portrait – We are going to get something great this time – Mrs Roosevelt came – early – later Mr Loeb came in to talk with the President as he does every single day – In the afternoon I went to Congressional Library to copy a map for my portrait of General Nathanael Greeene.

Saturday, March 7, 1908
Today I again worked on the head of the Portrait – and did the lower part of the face – The President said – when seeing the change – “how you’ve got me and it is really a different picture- Mrs Roosevelt and her sister Miss Carow came in early in the morning and were most encouraging in every way- At noon I took the train to go to Baltimore and see Corinne – and in the evening I dined with Mrs Gregory –

Sunday, March 8, 1908
The President stood three hours today. He seemed more and more satisfied with the portrait – and said to me “You passed the Rubicon day yesterday – now its fine – we were alone for an hour or so – when Mousieur Jusserand the French ambassador was announced – He had been invited to see the picture – and he was very enthusiastic and said ‘ how picturesque and what a perfect likeness it was – Later Mrs Cabot Lodge came in – she was expected – for yesterday the President asked me if I would be disturbed at their coming. She too repeatedly said the picture was fine – Mrs Roosevelt came in after church. The President now asked for a rest – but at noon The Duchess of Sutherland called – and he left me for fifteen minutes to see her.

2 thoughts on “Painting a President”